Planning to be an Intern in the Bay Area during Summer 2012? Make sure to read an Intern's Guide to the Bay Area, and join the 2012 Facebook group. 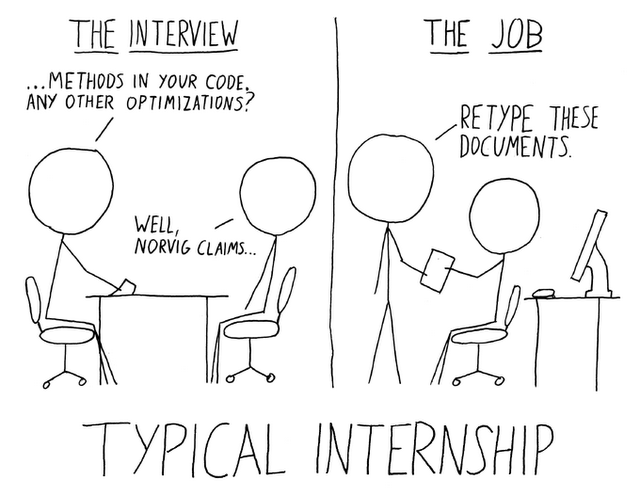 Joel Spolsky, from the Joel On Software blog and StackOverflow, wrote an article with Advice for Computer Science College Students back in '05. According to Joel,

No matter what you do, get a good summer internship.

As such: here’s everything you ever wanted to know about tech internships, plus some bloviating about my experience. The TL;DR is, try to have at least two internships: one at a small start-up and one at a tech company.

Wait, who are you?

I'm a CS senior at the University of Pennsylvania. I have interned at Facebook (Summer 2010), where I worked on application privacy, and as a generalist at 2bkco (Summer 2011), a new startup from serial enterpreneur Caterina Fake (Flickr, Hunch).  Both internships were great and invaluable. They were also very, very different, in terms of both the type of work I had to do and what I gained from the experience.

1) How do I get a good internship?

Luckily, a number of great posts have been written about this subject already.

To which I add my two cents:

2) How do I pick where to apply/work?

Before applying, consider: "Am I excited about the products this company makes? Would I be excited to know that I work there?" It's much easier to get motivated (and show excitement) for a company you are excited about. I was Dropbox user #2001, which I did not neglect to mention when I applied. It helped. I think.

I strongly advice looking for internships with a big tech company or a startup, rather than a non-tech company (esp. financial) company that happens to have engineers. The explanation is a little long, so I'll just assume you nod along hummingly here. For the inquisitive: here's a longer argument.

Picking a startup
You want to work for (and learn from) the start-ups that are going to be successful, but as the Venture Capital industry knows full well, it's not always easy to pick winners.

There are, however, a few hints that you can pick up on and prioritize for when thinking about where to work:

3) What you learn
(or at least what I learned)

In short, working with top technical people will teach you software engineering 'done right' (IE, no more turning in ugly code for your homework assignment that is going to be auto-graded once and then filed away forever). That means different things at earlier and later stage companies, though, and I can only relate my experience.

What I learned at Facebook
First and foremost, I learned to write 'good code'. My first non-trivial commit (15 lines or so) was rejected 6 or 7 times until I finally put the right amount of spacing in an "if (" and fixed my trailing whitespace. These were important, brilliant engineers politely telling an intern, time and time again, something that he should have found in the coding guidelines doc. I've been a little bit embarrased to show a lot of my pre-Facebook code, as a result - the improvement, at least for me, was significant.

In general, the experience taught me that Code is Culture. The fact that top FB engineers were willing to spend so much of their time on code reviews was a fantastic way to show-not-tell Facebook's commitment to good code. I can't say that I've been able to pay the overhead of 100% code reviews on every project or team I've worked on since, but having the background of working in a 'code quality matters' team has infused the way I think about programming today.

I also learned that engineers are not immune to politics, even at great companies. I was playing around with a hackathon improvement to one of the sharing features, but the engineer who understood most of the code would not reply to my emails for weeks and claimed he was busy (which he was) when I walked over to his desk. My original pitch for the feature I wanted to work on was "You know what sucks about Facebook? X.  We should fix it." In retrospect, I did not do nearly a good enough job of trying to get the person on board or show respect for the work that had already been done.

What I learned at 2bkco
I joined the team several weeks after the engineering work had begun. It was very humbling to see the ease with which Eric would put together a component and then decide, several days later, that there was a better way to do something and throw it all away. When you know your code has a good chance of being thrown away, the priority becomes writing quickly in a way that can be cleaned up later (which is different than writing sloppily or writing 'homework' code).

I also got a lot of training in breadth: 2bkco required me to be close-enough to fluent in Javascript (Coffeescript), Ruby on Rails and HTML/CSS. It was too early in the life of the company for me to specialize, which meant a lot of time on Google and StackOverflow, learning how to do a ton of things as I went. I became much more comfortable forking Github projects of things that did sort of what I wanted.

Some valid points brought up via this post's discussion on Hacker News.

Planning to be in the Bay Area during Summer 2012? Make sure to read an Intern's Guide to the Bay Area, and join the 2012 Facebook group.

PS. What about other types of internships/summer activities?

I spent the summer after my freshmen year doing all sorts of odd things, from playing a lot of Settler of Catan online to working in recruiting for my father, to travelling around in France. It was a mixed bag, unstructured in a way that (in retrospect) I found less than ideal.

There's nothing to say that working all three summers is strictly necessary, or that the two internship types I recommend are your best options (though I happen to think so).  Here are some other options for either a third internship or an alternative to the first two, in something resembling-but-not-quite a ranked order. 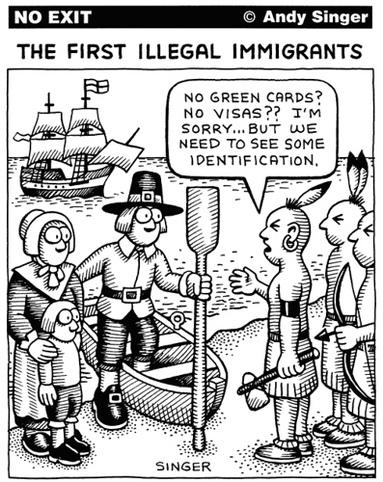 Update - didn't do your undergrad in the US? You can still do an internship via a J-1 visa. Jori explains.

In general, the situation is a bit of a mess. But: if you're studying in the US on an F-1 visa like I am, here's what I've learned: