I spent Thurs-Sun of this past week in the Bay Area, interviewing for potential places to contribute to this summer and just generally meeting cool and interesting people. Let me just say: the Bay Area is awesome.  The weather is warm. The people (that I met, at least) are incredibly open, willing to listen to some CS Junior's ideas about what they should do with their company and what the future of some technology might be.

A couple of the VC's and judges that helped out with PennApps introduced me to potential employers; after that, one meeting kept leading to another; I spent about half the time interviewing and the other half setting up meetings for the next day. Now, I've been to San Francisco before; it's not (entirely) trivial to show up and meet people if you're just some dude, but from what I can tell introductions from respected people goes a ridiculously long way. 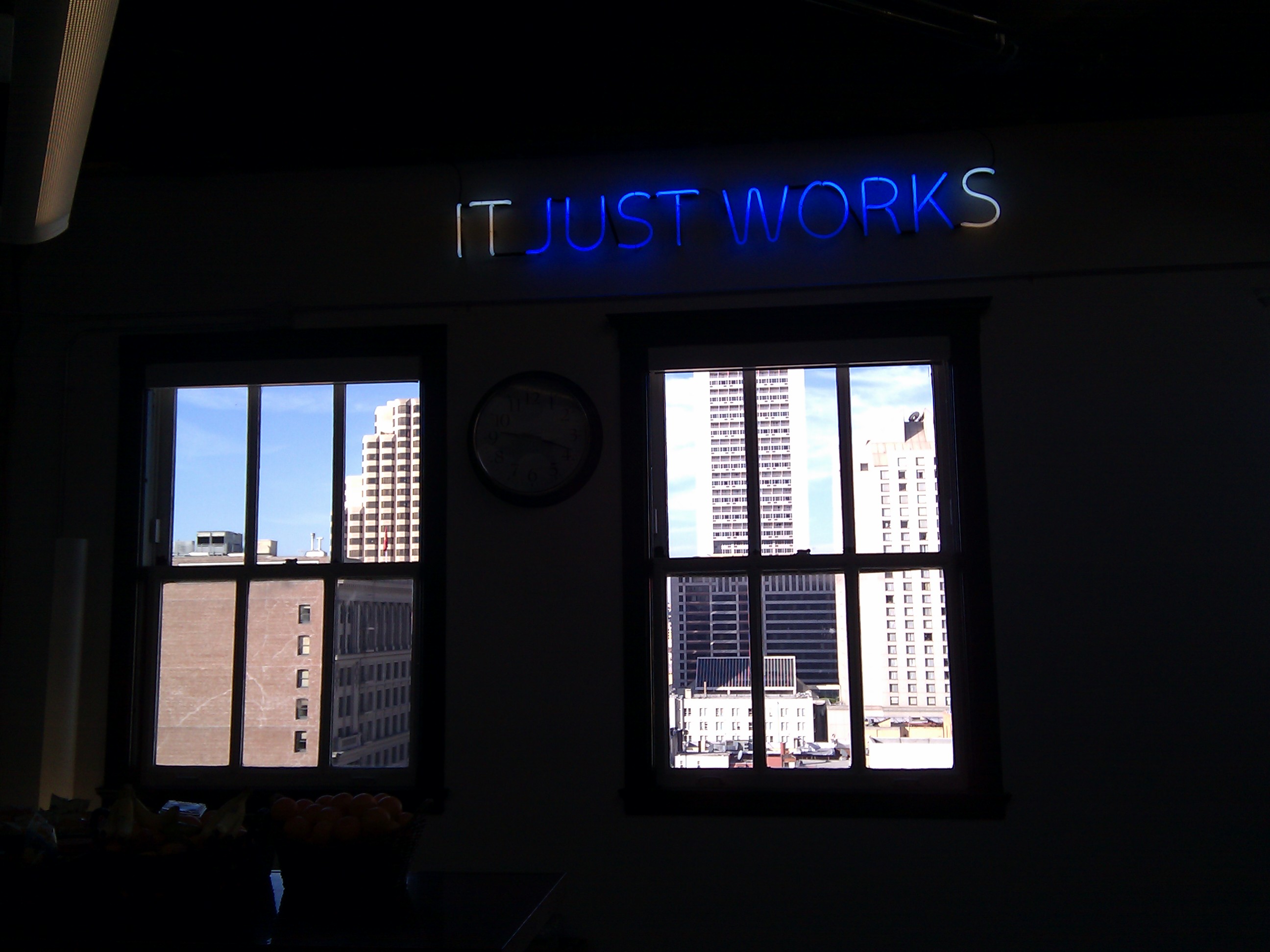 Serendipity goes a ridiculously long way; by sheer coincidence, I met Caterina Fake and off-handedly mentioned Whartonite Seeks Code Monkey, a tumblr some CS guys had set up the week before in response to frustration at the cluelessness of many emails that came through our list-serv. Caterina tweeted the link

and we became a minor meme on the tech blogosphere, including reaching the top of Hacker News and resulting in an awesome article from Andrew Chen about how to add value as a business person.  Eventually, even the local college blog got into it. It's ironic that Penn CS ended up getting noticed more for the time we bitched about clueless Whartonites than when we got almost 100 students to spend a weekend hacking on awesome things.  Whatever; we'll get there.

The point is, this whole thing got started because the Bay Area is awesome. I can't wait to go back.